It has been a while since I have published an FTPL article. In today’s article, I demonstrate two ways of using Google Sheets to record and maintain student data for the purposes of comparison throughout the scholastic year.

“In a world that changing really quickly, the only strategy that is guaranteed to fail is not taking risks.”
– Attributed to Mark Zuckerberg

My regular readers will be aware of my proclivity for conferences. Earlier this year I was fortunate enough to be invited to contribute to the Education Nation conference as a blogger and reviewer for the conference, which went well both in my own estimation and based on the feedback I was given from various quarters. On the back that experience, as well as already having submitted a speaker application for FutureSchools 2017 and not having attended EduTech in the past, I decided to send an e-mail to inquire about the possibility of attending EduTech 2017 under a media pass in order to review sessions, interview speakers and generally cover the event.

Lo and behold, the organisers accepted and I am now attending EduTech under a media pass. I am in the process of going over the speaker list to formulate a list of who I plan to either interview or hear speak. As part of growing EduTech, the organisers have launched their Ambassador program and have listed me as their first ambassador on their website. I am excited and looking forward to connecting with a range of educators from across the broader Education sector as well as reconnecting  with old friends.

EduTech 2017 will be held at the new International Convention Centre in Sydney (the old Sydney Entertainment Centre) on June 8 and 9 next year, with Masterclasses being held on June 7. If you are interested in going and would like 10% off the registration price, use code BRM10. Let me know through Twitter or my website contact form if you are going and you use the code. It would be great to meet up face-to-face.

In the meantime, if you have not read any of my conference review articles, please visit here to see the list and peruse to find something that catches your eye.

In this episode of Flipped Teacher Professional Learning, I show a very easy to use but useful function for Google Drive that I call Multi Visibility (If it has an actual name, please let me know) that allows you to have a single copy of a document visible in multiple folders. The reason this is so useful as a function is that changes you make to the file are reflected across all versions.

In this FTPL video, I show you how to access the responses from your GForms.

In this flipped teacher professional learning video, I take a look at the basics of how to set up a new GForm.

This flipped teacher professional learning video introduces Google Forms and looks at each of the question type options as well as some of the data validation features.

In this episode of Flipped Teacher Professional Learning, I show you two ways to upload files to your GDrive account from your device.

In this episode of Flipped Teacher Professional Learning, I show you how to use QR Codes to share web links (and some other resources) with others via a QR Code.

This episode of FTPL demonstrates how to utilise URL shorteners, specifically Tinyurl.com, to help make sharing URLs with students easier.

“Phonics is one essential part of a comprehensive reading program that includes good literature and the development of literacy in the broader sense, but it must be taught well.”
–Jennifer Buckingham, The Australian, 8 December 2015, Retrieved from http://www.acara.edu.au/news_media/testimonials_2015_12.html 5 June 2016

In 2014, I was in the final year of my initial teacher education (ITE) and thus was required to complete an internship. In my program, that meant a ten-week stint during Term Three. I had completed two professional experience placements prior to this (four weeks each in a Year Six and a Year One class) and was looking forward to this next opportunity to embed myself into a school, learn from a supervising teacher and perhaps actually see a unit of learning through to completion. When I walked into my classroom for the first time there were a lot of things that surprised me; each student had an iPad under the school’s Bring Your Own Designated Device (BYODD) program, the room was in a non-traditional format utilising beanbags, stairs, low tables and cushions rather than rows or groups of tables, and they were using a system for teaching spelling that I had never heard of previously, but which, after having the underlying concept explained to me, I wondered why that was the case.

The system is known as THRASS (Teaching Handwriting, Reading, and Spelling Skills) and the two-day course was led by a teacher from Melbourne. The underlying principle of THRASS is an explicit understanding of the phonemes (speech sounds) in the English language and the graphemes (spelling choices) chosen to represent those phonemes in writing. As a child, I was taught, like most of us, that within the English language, there are twenty-one consonants and five vowels (a, e, i, o and u), with a number of spelling rules such as i before e, except after c. This understanding of what a consonant and a vowel is is actually incorrect. Additionally, many of the spelling rules have more exceptions than they do words that conform to the rule. 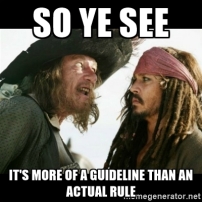 THRASS utilises the International Phonetic Alphabet (IPA) which follows the primary definition of what is a consonant and a vowel, which I have shown in the below image. There are in fact twenty-four consonants and twenty vowels within English. Additionally, THRASS posits that there are no spelling rules, only patterns in the language which we can use to help us in understanding how a word is spelled and pronounced. This requires a significant shift in thinking and some people, myself included, struggled to wrap our heads around this new knowledge.

THRASS takes the forty-four recognised phonemes in the English language and places them on a chart, divided into a consonant section and a vowel section, with the most common graphemes (spelling choices) for each phoneme shown with a pictorial example. You can see what that looks like in the below image.

The /b/ phoneme is typically represented by one of two graphemes, (b) or (bb). Though there are other graphemes, such as (pb) as in cupboard, these are not as common, and so are represented on the THRASS Chart with an asterisk and are referred to as Grapheme Catch-Alls (GCAs). This means that some phonemes have only one grapheme on the THRASS Chart, whilst others may have several, depending on the commonality of the phoneme and the related graphemes.  Take the below image as an example.

Please remember in reading this, that we are concerned with the phoneme, the speech sound in our understanding of the THRASS Chart; we are interested in what we hear rather than what we see. As indicated in the previous paragraph, /b/ only has two graphemes on the THRASS chart. However, the above image is of the most important phonemes in the English language, the schwa (which surprisingly does not have its own letter representation). The graphemes shown in the above image are the most common spelling choices for the schwa phoneme. Again, as with /b/, the graphemes in the schwa box are not a conclusive list of potential graphemes. Indeed, in the THRASS Phonics Handbook (page eighteen of the catalogue), there is a total of seventeen different graphemes for the schwa phoneme, including those on the THRASS chart.

We were shown some videos of students who have been learning with THRASS, and the confidence and abilities of those students were incredible for their age. TO see some amazing examples of what students as young as Kindergarten can achieve with THRASS, please visit the THRASS Institute – Australasia & Canada’ Facebook page.

THRASS represents a tool that can provide students with skills and strategies to build confidence and competence within literacy. If students are spending less time trying to work out how to spell a word, they can focus on their writing. If students are able to confidently work out how to pronounce a word and understand the meaning of it, then they are able to focus on reading and comprehending the text as a whole and make various connections. THRASS, as part of a balanced literacy session, utilising the Four Resources Model as outlined by Luke and Freebody in 2002, can assist with this.

I began using THRASS with my students at the beginning of the year. However, it was not a strongly embedded component, as I did not quite understand how to utilise it well enough. Since attending the course, I have embedded it as a core part of the class literacy session, and the students have begun to grasp the system and see the benefits. We are very much still in the process of learning the chart, however, I have seen some lightbulb moments occurring already.

There has been a conversation in the media about the need to return to phonics-based teaching for literacy (for example; here) and THRASS represents a fantastic way to achieve that. However, we cannot return to explicit phonics instruction, as it has never left. Explicit instruction in phonics often underpins the pedagogy of foundational teaching in reading, writing and spelling.

If you have never heard of THRASS prior to this, or want to find out more, I strongly recommend visiting the THRASS website and attending a Foundation Course. The two-day course is fast-paced but well worth attending to gain a solid foundation from which to embed THRASS as a strategy in your class. I have seen the potential of what THRASS can allow students achieve and understand, and while it has elements that may be sour to many that profess a progressive education philosophy, it works. There is a longitudinal research project beginning next year with Murdoch University, including the THRASS Foundation course within that institution’s ITE program and tracking the learning outcomes of those pre-service teachers and their students over the coming years, as well as other research supporting THRASS from previous studies.

I hope that this article has sparked a curiosity within you to at least investigate what THRASS is about by visiting their website and doing some research of your own. I have included below some links to other useful resources and websites, and I would be happy to engage in a discussion with anybody who is genuinely curious about learning more. Additionally, there are a number of schools who have implemented THRASS as a whole school system and I daresay that a school visit would be able to be arranged through THRASS to see how they are implementing it (I would also be happy to arrange for interested educators to come and visit my classroom).

You can read my blog posts and see more of my content at my new website, c21teaching.com.au